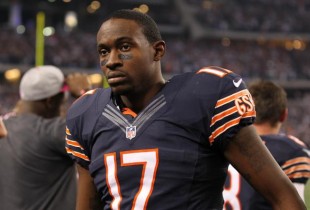 Chicago Bears wide receiver Alshon Jeffrey is an excellent DFS option this weekend against a lowly Detroit defense.  The only question: Will he play?

Jeffery is historically tough on the Lions' secondary, catching 33 balls for 440 yards and four touchdowns in five career meetings.

The odds are good Jeffrey will play Sunday after a four-week absence due to injury.  The Bears wide receiver is listed as questionable.