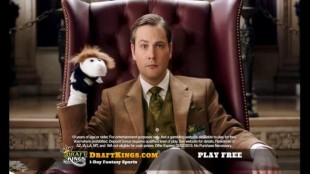 Schneiderman is demanding that the two companies return all profits made in the state and reimburse the approximately 600,000 players in New York who lost money on the sites.

While Moran admits the two companies probably have engaged in a form of deceptive advertising by failing to clearly disclose their bonus policy, he’s not exactly thrilled over Schneiderman’s decision to demand

But both FanDuel and DraftKings are legitimate businesses who the NY AG is looking to shut down. It is troubling that the state wishes to seize the profits of a company engaged in legal commerce. But the same principle that governs any legal gambling should be maintained for those who lost money on the sites; if you're dumb enough to bet against the house, you should accept responsibility for your stupidity and move on.

So should Mr. Schneiderman.