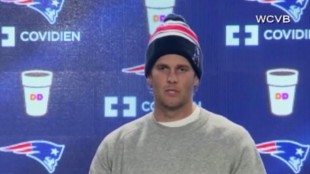 The New England Patriots starting quarterback Tom Brady Daily Fantasy NFL salary had him priced at $7.7K.  Brady will be playing in all games this season barring any injury.

The Week 1 game versus Pittsburgh, as one would expect, is not one we would recommend selecting Brady.

Likewise, this year’s Buffalo team could also give Brady fits.  In fact, some believe the Bills defense is right up there with that of Seattle’s.

Buffalo last year ranked fourth in points allowed, fourth in total yards allowed, 11th against the run and third against the pass. They also led the NFL in third-down efficiency and sacks and ranked sixth in interceptions.

Brady may be considered against the Jaguars in Week 3 provided he stays under the $8K mark.