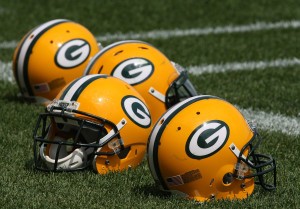 Make no mistake about it, this team will live or die by whether starting quarterback Aaron Rodgers can remain healthy for the duration of the season.  He is among the top three Daily Fantasy starting QBs and you will pay a hefty price for him.

In 2014 Rodgers best performances came against Chicago, the New York Jets, Atlanta and New Orleans.  He will need to be a primary focal point in both Weeks 1 and 12 against the NFC North division rival Bears, a team in which Rodgers managed to score over 30 Fantasy points against on both occasions last season.

Stay clear of Rodgers in Week 2 as he failed to cross over the 15 Fantasy points mark against the Seahawks either of two games last season.  Rodgers has also not been at his best when playing in Detroit in recent seasons.  Last year, he only had 12.1 Fantasy points against the Lions on their home field.

Eddie Lacey is considered the top Fantasy running back coming into 2015.

Following a painfully slow start to the 2014 NFL season, Lacey finished strong with 157-766-4 (4.9 ypc) over the final eight games of the season. Five of his highest rushing attempt totals were recorded during this time.

Lacey had two of his strongest performances against Minnesota last year.  Not exactly a fluke as he scored 21 Fantasy points at home against the Vikings the year before .

Wide receiver Jordy Nelson will also be a hot commodity this year.  He had an all-pro season in 2014.  Over the course of two years, Nelson was targeted 277 times, caught 183 passes for 2,833 yards and found the end-zone 21 times.

Just with Rodgers, put a hold on Nelson when Green Bay goes up against Seattle.  He only had 8.3 and 7.1 Fantasy points in two games against the Seahawks last year.