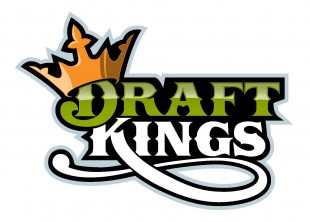 The fantasy sports betting market has exploded. As we have seen from the massive expansion and rise of Fanduel and Draftkings. We have also started to see a contraction as more and more states are clamping down and questioning their legality as some try to frame it as “Daily Wagering” and others are trying to frame it as a “Game of skill”.

The Alabama attorney general has just come out and said they are on board making it illegal for residents of the southern state. Prior to this Nevada the biggest state for sports betting and gambling outside of Macau has said that they are banning Daily Fantasy sports until further notice. Illinois and New York state have also followed suit. While Arizona never made it legal in the first place according to this L.A. Times article.

Now fast forward and there is a lot of money on the table and a lot at stake here. In 2014 there was 3 million dollars paid out in winnings in NFL football, $400,000 in Basketball and $150,000 in baseball according to Roto Grinders.

One thing that trumps the money paid out and wagered in daily fantasy sports is the money made and wagered on in sports betting. The worlds most successful and notorious sports bettor known as Vegas Legend Jon Price of Sports Information Traders. Price has wagered over $500 million dollars in his lifetime and he is just one person. The largest DFS player has at most $250,000 in entries riding each and every week.

Now that the NCAA has banned Fanduel and Draft kings from college basketball now that March Madness has concluded. During this time over 2.5 billion dollars was wagered between office pools and individual wagers placed at Las Vegas Sportsbooks, offshore bookmakers, and bookies.

There are more losers in daily fantasy sports gambling as well compared to sports betting. While betting is a zero sum game with one clear winner and loser. DFS has 1 winner and 9 losers. This is one reason why Price the betting legend advises those to really look long and hard at the stats as part of his series of wagering tips that he provides to member of sports information traders.

For those who like to analyze and can make money with daily fantasy sports should really look at the great opportunities created in the gambling market as the prize pool is even bigger.