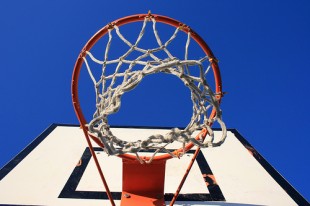 Over the last decade, fantasy sport games have been on the rise. In fact, there are now fantasy games available for most sports, including football, soccer and basketball. Some of these games are daily, some are weekly and some are yearly but they all have one thing in common - competitive play. Everybody wants to win fantasy sports games. And this is one of the key similarities between fantasy sport games and general slots that you find in a casino - everybody wants to win.

Despite a number of similarities between casino slots and fantasy games, fantasy slot games are very rare. There are plenty of online slot games available, such as the extremely popular Dragon Dance, Bullseye and Basketball Star, but none of these are based on fantasy sport games. In fact, 32Red slots's Basketball Star is perhaps the most suited to a fantasy sport game - especially as you can incorporate the various fantasy elements of simulation, bonuses and promotions on the different slot lines and specific players into a slot-fantasy style of game.

With Basketball Star, there's plenty of scope to add in a fantasy element, particularly if the developers added an additional concept - perhaps free spins if a certain player scores over a certain amount of points. And with the increase in fantasy sport games, developers could take advantage of the rise in popularity and merge the two. Here are just a few of the main reasons why a cross-designed fantasy sport/slot game would work.

In fantasy sport games, you can split costs on some of your wagers, especially on websites such as DraftKings. There are various ways to incorporate this, either by adding a budget per line on fantasy in a similar way to that per line on a slot machine or by simply splitting them equally with the same weighting of importance on both fantasy and slot lines.

If nothing else, gamers like to be in control of their game and adding little extras such as budget control and costs will only help to appeal to those on the cusp of playing these games. Budgets aren't a necessity, especially on either fantasy or slot games. But if you can add budgets and henceforth add different levels of importance to each line, it will help to increase the drama and excitement - especially when waiting on one result to come up.

Budgets aren't necessarily a cert for these types of games but it's the little add-ons that appeal to most online gamers and even more so with these particular types of game. Both fantasy sports and fantasy slot games would work fine and developers could certainly exploit this idea, particularly as elements such as budgeting and complete ownership can be incorporated.

Users get complete ownership of teams

In both land-based and online casino environments, slot games may just receive more negative criticism than any other type of game. This is largely due to the complete lack of control users have over both the actual spin of the wheel and the goings-on, including stakes and amount of lines on. While many slot games do allow this, you cannot place a heavier weight on certain lines but this would be appropriate with a fantasy slot game.

For example, you could place greater emphasis on Stephen Curry scoring over 25 points in a game on one line compared to Draymond Green making over 5 rebounds in the same contest. That way, you can directly bet against another occurrence in the same game but without the same weightings and less winnings.

This would also help to enhance both the availability and popularity of these fantasy slot games - especially as you could combine both slot and fantasy to win money whilst playing/watching your favourite sports stars.

Control your own destiny

But most importantly, slot and fantasy games combined might be able to offer some form of cash-out dimension, which would completely transform the world of both fantasy sports and online slot games. Right now, fantasy sports are growing at a rapid rate whilst cash-out gambling has also never been higher. It makes perfect sense to combine the two, especially if making some form of fantasy slot game.

Right now, there are a number of online slot games at the example of 32Red or NetBet, as well as various fantasy-esque games available on their respective websites. However, neither offer the same levels of control as a combined game. This would give online establishments the opportunity to branch out and exploit this market. Fantasy games such as American football, ice hockey and soccer are among the most popular and there are various sports slots around on these particular sites. So, why not combine the two?

With the ability to control your own earnings and either save yourself or make an incredible decision to take the cash and run, fantasy slot games would only help to increase the number of people playing both fantasy sports AND slot games - it's a win-win for both parties.