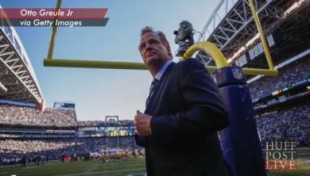 NFL Commissioner Roger Goodell addressed the Associated Press Sports Editors group Friday on a number of topics, including daily fantasy sports and the role gambling may play in the National Football League (NFL).

In particular, Goodell referenced a number of sponsorship deals between individual NFL franchises (and other professional sports teams) with daily fantasy companies the likes of DraftKings and FanDuel.

From the Canadian Press:

The league is not investing in fantasy football when it allows teams to partner with outlets such as FanDuel, which 16 teams have done. Team owners have discussed fantasy football "internally."

"We're making sure we understand that fans are doing this, but we don't want to move across the line to something we think is gambling," he said. "Other leagues potentially are investing in these. We are not."

National Basketball Association (NBA) Commissioner Adam Silver has taken things a step further by suggesting he wants to see gambling on the NBA legalized and regulated.