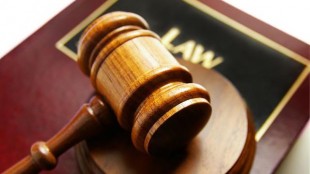 Just days after allegations of potential insider trading at both DraftKings and FanDuel came to light, both companies are now facing a class action suit.

Over the weekend, users in a number of Fantasy Sports online forums began asking whether a DraftKings employee might have used information about lineups to win $350,000 in a competing contest on the FanDuel site. The information detailed the percentages of entrants who selected certain fantasy players.  That employee had posted the information prior to the start of that week’s games.

Kentucky-based fantasy football player Adam Johnson sued both sites Thursday in Manhattan Federal Court. Johnson alleges that participants in both sites’ daily games were unfairly disadvantaged by employees of each company being allowed to play the other’s game. Damages would be determined at a later date.

The New York Attorney General may have Johnson’s back here as he has begun a probe into both companies, demanding that pertinent documents be turned in by month’s end.

“In addition to years of data on optimal strategies, which gives Defendants’ employees a huge advantage over even the most ‘skilled’ (daily fantasy sports) players, Defendants’ employees also have real-time access to data on current lineups of every player in every contest, and the overall ownership percentages of every player,” the suit says, according to the New York Daily News.

“All people want is a fair game. What has come out is that it’s clearly not a level playing field. If people knew there were insiders with access to the info they have they wouldn’t play on these sites,” Johnson’s attorney Jasper Ward told the Daily News.